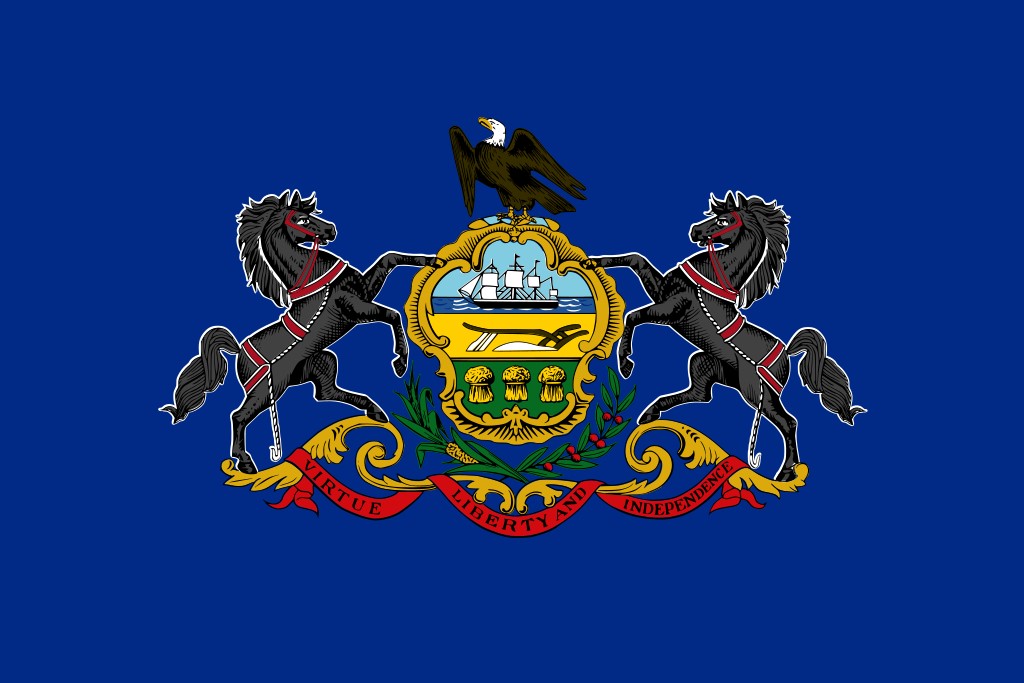 Pennsylvania is a state located in the Northeastern the United States of America. It is bordered by Lake Erie to the North, New York to the North and Northeast, New Jersey to the East, Delaware to the Southeast, Maryland to the South, West Virginia to the Southwest, and Ohio to the West.

The capital of Pennsylvania is the city of Harrisburg located towards the Southeastern portion of the state. The majority of the population though lives in the cities of Philadelphia to the Southeast and Pittsburgh to the West. The central and Northern portions of the state are more sparsely populated.

A number of native populations lived in the region of Pennsylvania throughout history, but a wave of diseases swept through the area that killed off or drove away most of them before the European settlers came to the region. The region was originally explored by the Dutch and Swedish in the early 1600s, but was then taken over by the British in 1667.

Pennsylvania was one of the original 13 states that made up the United States of America in 1776.

Pennsylvania's flag, consisting of its coat of arms on a blue background, was designed in 1799, and adopted in 1907. At the top of the coat of arms, the bald eagle represents Pennsylvania's loyalty to the United States. The ship on the shield represents a state ship carrying exports around the world. The plough is a symbol of the state's natural resources, and the wheat represents the state's wealth from its fertile lands and human thought and action. The crossed corn and olive branches below the shield are a sign of peace and prosperity. The state motto is on the ribbon at the bottom.

Have any dinosaurs been discovered in Pennsylvania?

(Links will open in a new tab)